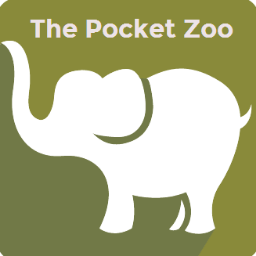 We have been asked many times via Direct Message to our twitter page @thepktzoo , weather we are in full support of captivity or not. This is an issue we know is deeply devise among those concerned+ with animal welfare , below we have set out some of the key arguments from both sides, an provided a little clarity on where we stand on the issue.

Bringing people and animals together, zoos educate the public and foster an appreciation of the animals. This exposure and education motivates people to protect the animals.

Zoos save endangered species by bringing them into a safe environment, where they are protected from poachers, habitat loss, starvation and predators.

Many zoos also have breeding programs for endangered species. In the wild, these individuals might have trouble finding mates and breeding.

Reputable zoos are accredited by the Association of Zoos and Aquariums and are held to high standards for the treatment of the animals. According to the AZA, accreditation means, “official recognition and approval of a zoo or aquarium by a group of experts.”

Some zoos help rehabilitate wildlife and take in exotic pets that people no longer want or are no longer able to care for.

From an animal rights standpoint, we do not have a right to breed, capture and confine other animals, even if they are endangered. Being a member of an endangered species doesn’t mean the individual animals have fewer rights.

Animals in captivity suffer from stress, boredom and confinement. Inter-generational bonds are broken when individuals get sold or traded to other zoos, and no pen or even drive-through safari can compare to the freedom of the wild.

Baby animals bring in visitors and money, but this incentive to breed new baby animals leads to overpopulation. Surplus animals are sold not only to other zoos, but also to circuses, canned hunting facilities, and even for slaughter. Some zoos just kill their surplus animal outright as in the tragic case of Maurice the Giraffe in a Danish zoo a number of years ago. This action was widely condemned by animal welfare groups as well as many other European zoos and wildlife parks.

If people want to see wild animals in real life, they can observe wildlife in the wild or visit a sanctuary. A true sanctuary does not buy, sell, or breed animals, but takes in unwanted exotic pets, surplus animals from zoos or injured wildlife that can no longer survive in the wild.

If zoos are teaching children anything, it’s that imprisoning animals for our own entertainment is acceptable.

When it comes to zoos and the topic of animals in captivity I don not believe the answer is black or white, right or wrong and both sides in this argument will argue that their focus is on saving animals. It is important to recognise this point and understand that while as animal welfare enthusiast we  have greatly differing view on this subject  we are all  driven by a love for  and desire to protect these animals. One thing is for certain Where there is money to be made by the exploitation of animals, many zoo’s cannot be trusted to act ethically and responsibly , but through greater regulation and public lobbying we have already seen dramatic shifts in how many zoos globally  operate in recent years.

Our position is this, we will support any zoo which acts primarily for the benefit of the animals in its care and does not put financial gain above the needs of these animals. One example is Dublin Zoo who in the early 2000’s moved its two polar bears to specialist center in Germany after they showed signs of stress, they did this in spite of the fact that these bears attracted many visitors at the time. In an ideal Utopian world zoo’s would not exist but we are living in a time when man I forcing one of the greatest mass extinctions in the history of the planet through hunting for sport and profit , destruction of habitats as well as large scale environmental damage and pollution. Until we can stop the evils of trophy and canned hunting, the ivory trade, the fur trade etc. Zoo’s may be our best hope to preserve some of the planets most vulnerable creatures, including the Big Cats , Gorilla’s , Rhinos and African Elephants whose numbers are rapidly declining in the wild. That said anywhere we see a zoo acting in an unethical manor we will call this out and condemn it as we have done and continue to do consistently with SeaWorld and Loro Parque’s continued treatment of captive Orcas.

In short we are not in favor of captivity, but we are accepting of it as a somewhat necessary evil in order to ensure the long term survival of endangered wildlife.