When discuss the 6th mass extinction and the unprecedented and rapid loss of diverse animal life on our plant , it can often be too easy to focus on the large visually stunning land mammals such as the Big Cats , Polar Bears, Pandas , Great Apes , the Elephant and the Rhino or the giants of the sea Whale’s , Sharks, Dolphins etc. but it is important to recognise that while all of these species desperately need our attention and continued efforts to preserve and protect , other lesser spoken about species of insect in particular are also suffering drastic declines in their wild populations. Though perhaps lacking the “cute” factor and poster appeal of the disappearing land mammals , it is of critical importance that conservationists recognise both the complexity , uniqueness and vital importance to our ecosystem these insects play.

Bees include about 30,000 species. Most are solitary in behaviour but roughly 1,000 have an advanced social behaviour. Honey bee is one of the four distinct species in the genus Apix and it is the most known social bee. A worker honey bee stays inside the hive for about three weeks before becoming an active forager. The task of the bee in the hive changes as the bee gets older. For the remaining one to three weeks of the bees life after it leave the hive, it collects nectar and pollen from flowers, which in turn is used to produce honey. Plant resins are also gathered to consolidate the hive.

Many countries around the world have documented a great decline in the number of bee populations including China, Brazil, North America, and Europe. The reasons of such troubling decline is not really known but pesticides (e.g.,Imidacloprid), poor nutrition, viruses, parasite varroa mite, and stress are often mentioned as the likely causes. At the same time, beekeepers are scrambling to keep vegetables and fruits as abundant as they used to be.

Pollinators like bees have always been taken for granted but recently many have finally started to realize that preserving bees and other pollinators is essential for our economies and the Agri-Food industry’s that that deeply depend on them. Already the numbers of wild pollinating insects have declined so greatly worldwide, mostly due to habitat destruction and pesticide use, that farmers  globally are having to import bees from the European bee populating for pollination. 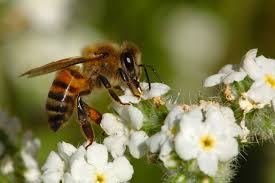 So where would we be without bees? As far as critically important species go, they are top of the list. They are critical pollinators: About 70 of the around 100 crop species that are used today require pollination to develop fruits, nuts, and seeds. It is estimated that those crops account for one trillion dollars in annual sales of agriculture products around the globe. Examples of common crops depending on bee pollination include broccoli, blueberries, cherries, apples, Tomatoes and cucumbers. In fact crops that that feed roughly 90% of the world rely on pollination by some species of bee. The common Honey Bees alone is directly responsible for the pollination of crop yields worth in excess of $30 billion a year.

Crop decline is just the vanguard of the impact on the global food chain by a declining bee population. We also stand lose all the wild plants and vegetation that bees also pollinate, in turn causing the loss or dramatic decline in all of the animals that eat those plants and so on up the food chain. Which means a world without bees could not sustain the current global human population of 7 billion. Simply we would run out of food. 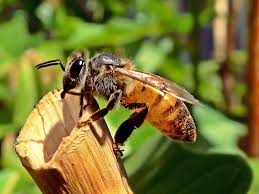 Today we are loosing bees at an alarming rate, for a number of reasons including the loss of flower meadows due to urbanisation, the crab-like varroa mite that feasts on their blood, climate change, pollution and the widespread use of pesticides in commercial fruit and vegetable farming.

Make a stand for bees, buy organic fruit and vegetables and avid using produce cultivated through the harmful use of pesticides which are bad for bees, bad for the environment and bad for you.